LLRA has learnt today, via resident feedback, that changes to the Route 20 bus service have been made due to long-term building work which has resulted in the imposition of a no right turn in Lincoln City Centre at Newland.

Buses departing from Lincoln bus station can no longer turn right on Newland into The Avenue but are diverted along Carholme Road/Carholme roundabout/A57 to access Long Leys Road. The longer route has meant that departure times from the bus station for some services have been brought forward by 5 minutes to keep to the rest of the timetable.

What has changed? Departure times from Lincoln bus station are now at 6:55am, 8:40am & 10:40am Monday-Friday (rather than 7am, 8:45am & 10:45am). There is no pick up on Yarborough Road at these times but there is a pick up on Carholme Road opposite Hewson Road. The rest of the timetable remains the same.
Update 2 August: It has been highlighted that the previous 17:15 departure from Lincoln bus station has also now been revised to depart at 17:20 due to a stand clash at the bus station, with subsequent times all 5 minutes later than previously.

LLRA have expressed disappointment that these bus service changes were not more effectively communicated to residents by Lincolnshire County Council Transport Services. Some bus users missed the bus on Tuesday due to the poorly communicated changes. LLRA have asked that timetables at bus stops in Long Leys and the West End are urgently updated. Thanks to John Shipton for alerting us to this.

We understand that the no-right turn on Newland, for all vehicles, will be in place until 2019.

Please do share this information with your near neighbours who are not on email or digital media. 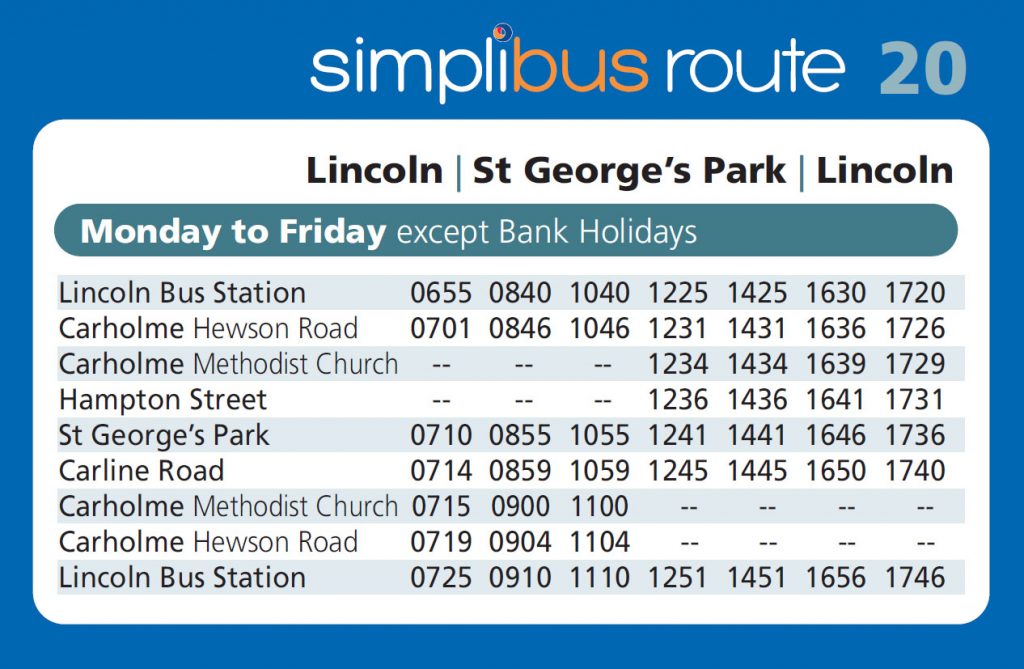