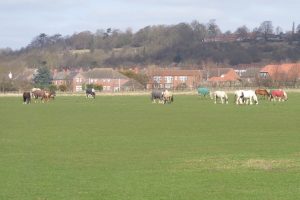 LLRA/StopVeolia are delighted to report that we have today (10 April) been awarded our costs on the Veolia planning appeal.

The Secretary of State for Housing, Communities and Local Government agreed with our argument that Veolia’s “unreasonable” behaviour in withdrawing their appeal when they did (18 January 2018) resulted in wasted and unnecessary expenses being incurred by the community. Veolia chose not to dispute our cost claim against them, which LLRA both welcomes and considers a positive step by the company. We still have to agree detailed costs with Veolia but these are likely to be in the region of £5,258.

As previously announced, the recovered costs together with the existing £6,390.41 surplus from the campaign will be held as a legal defence fund until at least June 2019 and until the future threat from Veolia is judged to be remote. When the threat has reduced, a decision will be made on releasing some or all of the surplus for community purposes in Long Leys and the wider Carholme community, as has always been the long-term intention. It is likely that any spend will be guided by the Neighbourhood Plan which LLRA is proposing to develop over the coming months.

If we negotiate successfully, it is anticipated that the only direct costs incurred by the legal fund from the £12,268.43 donated by the community would be £120 (hire of St Faiths’s school hall and printing of the “we’ve won” flyer); an amazingly small net figure to spend when beating a multinational! Of course there were other costs kindly paid directly by members of the community and local businesses but even so this is a huge result for the community. Our thanks go to all those involved in ensuring the campaign was so well managed financially, not least the legal fund trustees (Richard Dale, Robert Parker, Gary Stimson) and the LLRA treasurer Jackie Ward. LLRA will provide an update to the community on the cost negotiation at the 22 May LLRA AGM.