Note: This article, by a member of the Long Leys community, does not represent the views of the LLRA committee.

How do we work out how best to spend the section 106 money held by Lincolnshire County Council, on behalf of the Long Leys community, following the sale of the Tanglewood site? What’s the best project? It’s very easy to spend money, but very hard to spend it wisely. Many of us have ideas, but how can we make sure we pick the best project or projects?

First, the facts. There is around £70,000; it earns interest; and another seven years or so must pass before it can be spent elsewhere. It was provided specifically because the Tanglewood sale involved demolishing a facility that could be used by the community, and the suggestion was that the money should be spent to help replace some of the benefits provided by that facility. There is some flexibility, but spending must benefit the community in a significant way – it’s not just a gift for us to do whatever we want with. The County Council will not let us spend it on things that should be funded in other ways, by other bodies, or on projects of questionable benefit to the community.

This means that there is no urgency. The money is not going away, and the sum is actually growing as time passes. We have time to think long and hard about different ways to spend the money. Here’s one way we could evaluate different projects…

We should spend the money so that it…

Please note the spending examples under these headings below are NOT serious suggestions! Indeed some of them – dividing the money between us, or a great party, for example – would not be allowed by the Council. Others are probably too expensive to pursue. These examples are just there to illustrate what I mean by the greatest good, the greatest number, and the greatest time, and not spending suggestions.

The greatest good
Let’s say there is exactly £70k, and exactly 1,000 residents. Let’s give everyone £70 and call it done! Some people would benefit from this small gift, but for many it would just pay this bill, or save using that card at Tesco. It would quickly be forgotten. We should look for a way that gives us something we can all use, benefit from, enjoy on a regular basis, and remember. Something that we don’t have now, and would like.

The greatest number
What proportion of the community should benefit? The more the better. Here’s a dream… Let’s buy a field and build a solar farm, sell the electricity to the Grid and divide the money between us. Cheaper energy bills forever, for every Long Leys resident! Alternatively, let’s take that same field and build tennis courts and bowling greens. Some people would love it – others might never visit. In this example, the solar farm wins by benefiting more people.

The greatest time
How long will the benefit last? 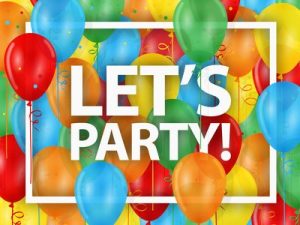 Let’s hire a good hall, lay on a fantastic meal and some top-class entertainment. Assume everyone comes. But before the night is over, all the money is spent, never to be seen again. Then think again of my dream field; let’s plant a community orchard, other trees, some flower borders, perhaps build a bandstand and some public loos, and develop ‘Long Leys Park’ to challenge Lincoln’s Arboretum. It would last for generations.

Finally, one last important consideration brings these three together. How can whatever we spend the money on be self-funding in the future, even revenue generating? It would make no sense to spend it on something we can’t afford to run or maintain.

To bring the story back to a community facility, if we could achieve that, it becomes a centre for coffee mornings, ‘bring and buy’ sales, produce fairs, and more – all ways to help fund the building’s running costs. And throughout Lincoln, groups are looking for venues for keep fit classes, dance groups, slimming clubs, choirs, and more. Again this brings in revenue – maybe even enough to fund that great party every now and then…